Romans 5:17 For if by one man's offence death reigned by one; much more they which receive abundance of grace and of the gift of righteousness shall reign in life by one, Jesus Christ.)
18 Therefore as by the offence of one judgment came upon all men to condemnation; even so by the righteousness of one the free gift came upon all men unto justification of life.
19 For as by one man's disobedience many were made sinners, so by the obedience of one shall many be made righteous.
20 Moreover the law entered, that the offence might abound. But where sin abounded, grace did much more abound:
21 That as sin hath reigned unto death, even so might grace reign through righteousness unto eternal life by Jesus Christ our Lord.

When Adam fell in the garden, he committed treason and allowed sin to become lord over him.
A crime was committed and a penalty had to be paid. Satan had gained a hold on mankind.
He had stolen Adam's dominion.

Because of Adam's transgression, Satan laid hold of keys that should never have been in his possession, and sin and death entered, or maybe I should say, were loosed upon mankind.
Adam was about to experience a lot of new things in his life, things like fear, anxiety, pain, sorrow, grief, rejection, and death. Sin got right to work.
It began in Adam's own family, as Cain, probably overcome by jealousy, rose up and killed his own brother, Able.
Mankind came under the curse of death because of sin. In Deuteronomy 28:15 the Scripture lets us know that sin brings the curse. Romans 6:23 says the wages of sin is death. Genesis 18:20 lets us know that Sodom and Gomorrah were destroyed because, "Their sin is very grievous."
James 1:15 Then when lust hath conceived, it bringeth forth sin: and sin, when it is finished, bringeth forth death.

The thing I want to tell you today is the debt has been paid and the sentence carried out, and Satan no longer has any legal hold on you.
Romans 8:2 For the law of the Spirit of life in Christ Jesus hath made me free from the law of sin and death.

Jesus didn't come and break you out of sin's prison so you could be a fugitive the rest of your
life running from the devil. Jesus paid the fine. He served the time. He bore the punishment.
He didn't just set you free, he made you free. He satisfied every legal demand. He didn't just go and grab the keys from Satan's hand, he had every legal right spiritually to demand them. He
paid for them. He had every legal right to set the captive free. He paid for their crimes.

The point of all this is, if you are born of God, washed in the blood of Jesus, then your sin debt
is paid. Satan has no legal right to inflict his nature upon you. But he is a trespasser.

Even in the natural world we live in, trespassing is illegal, but left up to the individual. You can allow it if you want to. You may not want it to happen. You may not like it, but don't do anything about it. Lots of people put up "No Trespassing" signs hoping to keep people out, but do nothing about those who trespass anyway.
In our natural world if you want to put a stop to it, the law of the land is on your side. The legal system, the county court, state, and even federal courts are here to enforce the law on your behalf, but they will not make a move until you do.

It is the same with spiritual trespassers. Jesus died to make all men free. Romans 6:14 says, For sin shall not have dominion over you. But, we can allow Satan to trespass, steal from us, inflict his nature upon us, and allow him to have his way in our lives. We may not like it. We may not want it, but unless we stand up and resist him, he will continue to trespass into our lives, born again or not.
James 4:7 says submit yourselves therefore to God, resist the devil and he will flee.
If we will claim our legal rights according to the work that Jesus did in our behalf, when we resist the devil and tell him to flee, we have all of heaven to back us up.

I have heard preachers say that we don't fight the devil, that the battle over evil has already been won. That is partly true. Jesus won the victory we could never win. He freed us from the power of sin, but Satan will still attempt to lord over us if we don't lay claim to the victory that Jesus won.

Paul told Timothy (I Timothy 6:12) to fight the good fight of faith. Paul wrote in II Timothy 4:7, I have fought a good fight. Ephesians 6:12 says, For we wrestle not against flesh and blood, but against principalities, against powers, against the rulers of the darkness of this world, against spiritual wickedness in high places. And then we are instructed in that chapter totake unto you the whole armour of God that ye may be able to stand. (Ephesians 6:13)

If there is not a fight then why are we to put on the armour?

II Corinthians 10:3-4 tells us where our battle lies, that the weapons of our warfare are not carnal, but mighty through God to the pulling down of strong holds. We fight a battle to maintain our faith against the lies of our enemy. As soldiers of the cross we are to enforce the victory that Jesus already won. We are not to be like Adam and surrender the dominion that has been regained and given to us.

Satan will try to trespass, try to steal, try to worm his way back into our lives. But, if we will resist him, and call out to Jesus, all of heaven stands ready to back us up in the victory of Jesus.
If you are bound today by sin or addiction or any of the devil's devices, you can be free because Jesus broke the chains. He paid the price for you. Colossians 2:15 says And having spoiled principalities and powers, he made a show of them openly, triumphing over them in it. Jesus regained all that Adam lost and through Him and His name we have dominion over darkness.
The Bible says Jesus regained it and then He sat down.

He what? He sat down. He was finished. He could say: "I bought it for you, I want you to have it, but it's up to you. You can choose victory or defeat."

I am not telling you that Satan won't show up at your door with a bundle of troubles. I am just telling you that you don't have to sign for them.
For example: If he shows up with a package of sickness and disease, tell him what I Peter 2:24, Isaiah 53:4, and Matthew 8:17 says. Jesus bore our sicknesses and carried our diseases. That's how Jesus taught us to fight in Matthew chapter 4; by using the Word; It is written. These Scriptures are Truth and they say, "Devil, you are at the wrong address."

John 8:32 says, And ye shall know the Truth and the Truth shall make you free. The Truth is according to God's Word.

The devil is a trespasser. He will tresspass on your health, your finances, and your family. He is a thief. If he is allowed to trespass, he will steal every spiritual and natural blessing he can. There is one thing he is not, Satan is not a winner.

If Satan has held you in sin and you want to be free, you can be. The price has been paid. The victory is won, but now you must make a choice. You must choose who you want to be lord over your life.

Isn't is time to run the trespasser off and possess the land that the Lord has for you?

It is up to us to take a stand. Jesus has regained dominion and has given dominion unto you and I. You can stand up and be very courageous or hand it over like Adam did.

What will we do? 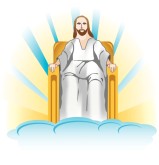 PRICE  IS  PAID
VICTORY  IS  WON

Jesus won the victory.  We need to maintain our freedom by putting on the whole armor of God. 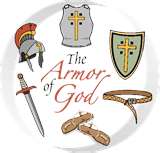