Jonah chapter 1 is our text.
​
Jonah 1:1 Now the word of the LORD came unto Jonah the son of Amittai, saying,
​Jon 1:2 Arise, go to Nineveh, that great city, and cry against it; for their wickedness is come up before me.
​ Jon 1:3 But Jonah rose up to flee unto Tarshish from the presence of the LORD, and went down to Joppa; and he found a ship going to Tarshish: so he paid the fare thereof, and went down into it, to go with them unto Tarshish from the presence of the LORD.
​Jon 1:4 But the LORD sent out a great wind into the sea, and there was a mighty tempest in the sea, so that the ship was like to be broken.
​Jon 1:5 Then the mariners were afraid, and cried every man unto his god, and cast forth the wares that were in the ship into the sea, to lighten it of them. But Jonah was gone down into the sides of the ship; and he lay, and was fast asleep.
​Jon 1:6 So the shipmaster came to him, and said unto him, What meanest thou, O sleeper? arise, call upon thy God, if so be that God will think upon us, that we perish not.
​Jon 1:7 And they said every one to his fellow, Come, and let us cast lots, that we may know for whose cause this evil is upon us. So they cast lots, and the lot fell upon Jonah.
​ Jon 1:8 Then said they unto him, Tell us, we pray thee, for whose cause this evil is upon us; What is thine occupation? and whence comest thou? what is thy country? and of what people art thou?
​Jon 1:9 And he said unto them, I am an Hebrew; and I fear the LORD, the God of heaven, which hath made the sea and the dry land.
​Jon 1:10 Then were the men exceedingly afraid, and said unto him, Why hast thou done this? For the men knew that he fled from the presence of the LORD, because he had told them.
​Jon 1:11 Then said they unto him, What shall we do unto thee, that the sea may be calm unto us? for the sea wrought, and was tempestuous. Jon 1:12 And he said unto them, Take me up, and cast me forth into the sea; so shall the sea be calm unto you: for I know that for my sake this great tempest is upon you.
​Jon 1:13 Nevertheless the men rowed hard to bring it to the land; but they could not: for the sea wrought, and was tempestuous against them. Jon 1:14 Wherefore they cried unto the LORD, and said, We beseech thee, O LORD, we beseech thee, let us not perish for this man's life, and lay not upon us innocent blood: for thou, O LORD, hast done as it pleased thee.
​Jon 1:15 So they took up Jonah, and cast him forth into the sea: and the sea ceased from her raging.
​Jon 1:16 Then the men feared the LORD exceedingly, and offered a sacrifice unto the LORD, and made vows.
​Jon 1:17 Now the LORD had prepared a great fish to swallow up Jonah. And Jonah was in the belly of the fish three days and three nights.

God called Jonah and Jonah ran from his call. He tried to flee from the presence of the Lord and the calling of God.
You can run, but you can't hide.
​
Jonah started a downward journey; down to Joppa, down into the ship, down into the sides of the ship, down into the fishes belly, and down into the bottom of the mountains.
​
The journey away from God is always a downward journey.
​
Verse 3 tells us that he found a ship going to Tarshish and he paid the fair.
​
The Journey away from God will cost you, and many like Jonah have not seen or considered the hidden cost. When we walk in disobedience to God, when we walk in sin there is a price, and many are unaware how great the price is.
​
I want to show you something else about Jonah. Our text tells us that he went down into the side of the ship and there he went to sleep. Resting in a sense of carnal security. The storm was coming, but he was unaware. He was resting in a false sense of safety. While others were working to save the ship, while others cast away their wares, while others called out to their God, Jonah was fast asleep.
​
There are many today that are asleep spiritually unaware of the danger.
​
Have you ever noticed that sin has a stupefying nature? (The prodigal son "came to himself") Hearts are hardened by the deceitfulness of sin.
​
If we walk in sin and disobedience it will cost us something. Sin has a price. Disobedience can cost you your spiritual awareness. It can cost you your anointing. It can cost you your health. It can cost you your home and family. Unless we come to the blood of Jesus and receive his atonement, it can cost you your life.
The wages of sin is death.
​
In verse 6 of chapter 1, the captain of the ship spoke some very important words. He brought Jonah a brief message that I think we should all take to heart. He said, "Arise, O sleeper, and call upon thy God. "
​
Romans 13:11 says it is high time to wake out of sleep.
​
Ephesians 5:14. Wherefore he saith, Awake thou that sleepest, and arise from the dead, and Christ shall give thee light.
​
Many today need someone to call out to them, "Wake up! You are in danger. Call upon God to save you while there is still hope."
​
I have come today to tell you that if you have been in disobedience or sin or have fallen down on God, Get up and quit running from God and run to Him.
​
There is a big mouthed fish out there swimming around in a sea of doubt and unbelief and he wants to pull you to the bottom.
You may be saying, "Preacher, you don't understand.  He already has me in his mouth. He already has his teeth in me. He is swallowing up my marriage, my health, my money and my joy."
​
Well I have a message for you. GOOD NEWS!
Arise and call upon God, if you are still breathing it isn't too late.
​
In chapter 2 Jonah prayed to the Lord out of the fishes belly and God heard him, and God spoke to the fish.
​
Listen to me a minute, Jonah called out to God from the depth of the trouble he was in, from the lowest place he had ever been in in his life and God spoke to the thing that held him captive, (Jonah 2:10), and the fish had to spit him out and let him go.
​
When God spoke death had to let Lazarus go.
​
If you feel like you are in that place that Jonah was in, I have good news for you. God's Word can cause whatever is holding you captive to let you go.
​
In Luke 4:18 Jesus said, The Spirit of the Lord is upon me because he hath anointed me to preach the gospel to the poor; He hath sent me to heal the broken hearted, to preach deliverance to the captives: and the recovering of sight to the blind, to set at liberty them that are bruised.
​
In the fishes belly Jonah was in the lowest place he had ever been in his life, but prayer brought him out.
​
Sometimes when we are in that place, prayer seems difficult. Satan comes and tells us God won't hear. He tells us that because he knows God will hear and he will deliver.
​
Don't let Satan rock you to sleep spiritually. All you need is a Word from God, and I am going to give you a word today. The same word the shipmaster gave Jonah; " Arise and call upon thy God. "
​
The prodigal son's turning point came when he arose and came to himself.
​
Call out to God from a sincere heart and ask him to take control of your life. 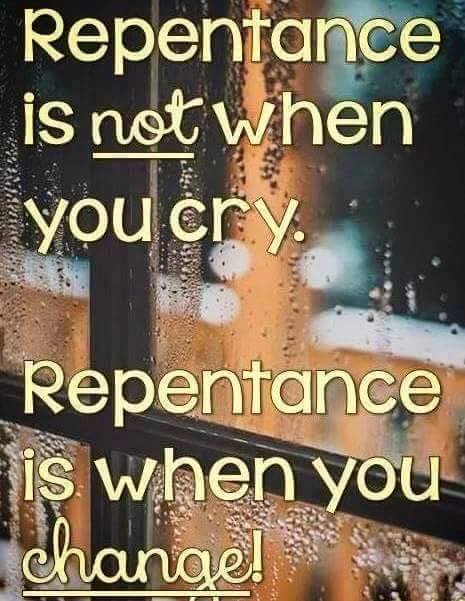 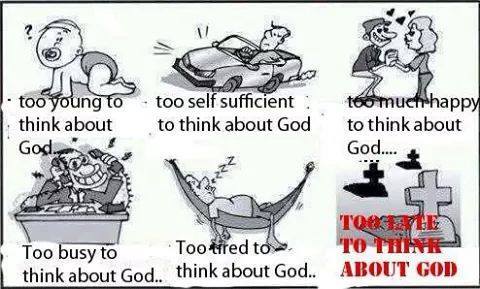 ​CALL
​UPON
THY GOD​